The Maremma: this stretch of southern Tuscany is chic but discreet – disappear into the dunes, discover beguiling coves and stay on rambling estates amid stunning scenery.

Italians were born for beaches. Summer means serried rows of sunbeds and regimented beach games. It’s all about bonding and strutting your stuff in matching tangerine mankinis. But relax: it’s not all like that. Southern Tuscany makes a more stylish splash. Sugary sands are framed by pine groves and low-slung hills, revealing serene, post-impressionist landscapes. In the Maremma, south of Grosseto, set designers are seemingly in charge of the sunsets and rosemary-scented scrubland running down to the sea.

A former Italian prime minister now presides over the local tennis club. Even the region’s princes play at being gentlemen farmers in their perfectly groomed wine estates. This is also cattle country, where Maremma longhorns, famous for their bulging bellies and lyre-shaped horns, are herded by macho Tuscan cowboys straight out of central casting. The Maremma coast is chic but discreet, Tuscany for the cognoscenti. Unlike in flashy Forte dei Marmi further north, here you disappear into the dunes, the parasol pines, the whale-back islands, the timeless countryside. Etruscans cultivated it; Tuscans civilised it, but only foreigners romanticise it.

Politically, this is Italy’s “red belt”, but it’s true blue on its shores. After Liguria, the region has more Blue Flag beaches than anywhere else in Italy, with beguiling coves clustered along the Maremma coast or carved into the Monte Argentario peninsula. The Parco Regionale della Maremma, with its pine groves and 20kms (12.4 miles) of pristine coast where ruined watchtowers dominate cliffs, sets the bar high. Secluded coves and mellow resorts offer intimacy and privacy for couples; while the wide, sandy beach of Marina di Alberese is popular with families. From here, it’s a stroll south to secluded Collelungo beach, with occasional sightings of shy deer, snuffling boar and the lesser-spotted nudist. This stretch of coast is dotted with driftwood and sun-bleached tree trunks. 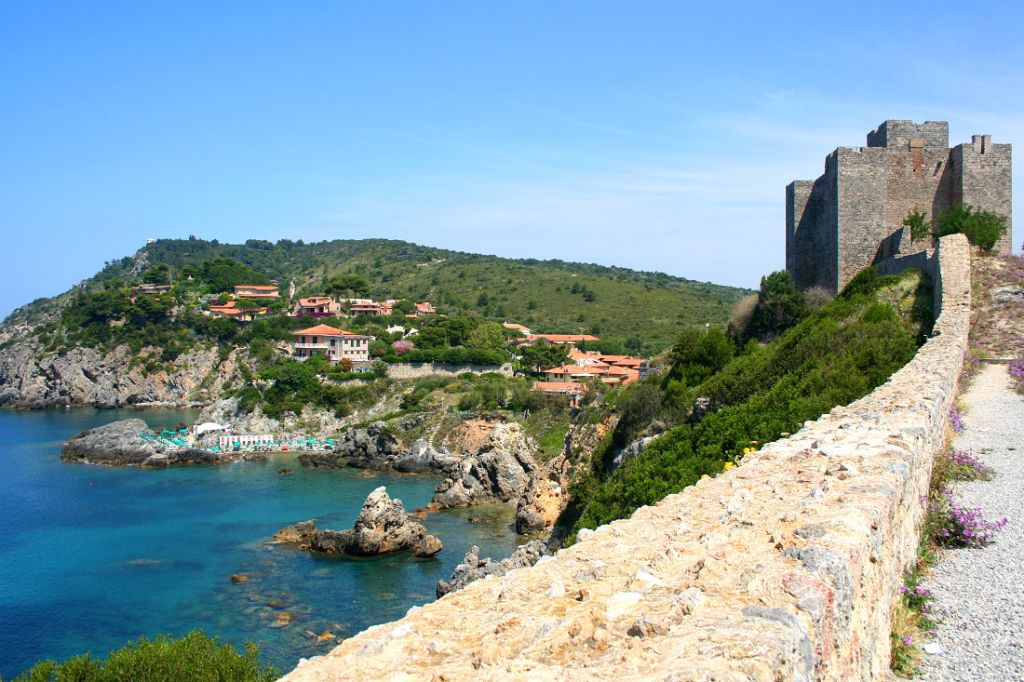 But for back-to-nature remoteness, little beats Cala di Forno, the next cove. It’s reward enough for a short but sweaty hike through silvery olive groves and sweet-smelling juniper woods. Wimps can arrive by sea from Talamone in a canoe (€25pp with guide), as I do from neighbouring Le Cannelle (see below). Sitting on a promontory, Talamone is a setting made for speedboat chases. It looks like a lair for 007 and did, indeed, feature in Quantum of Solace as the seaside retreat of Bond’s Italian pal. Perhaps they toasted themselves with Maremma wine Ornellaia, one of Italy’s priciest wines, produced by the Frescobaldi family since 1308.

But for all its vintages and villas, this coast has not priced out its less princely fans. Club le Cannelle (from €70pp full-board) is the only beachfront place to stay in the Parco della Maremma and feels reassuringly remote. Rooms are housed in a farmhouse or a former Benedictine monastery. Romantics can snooze in the Medici watchtower (€250 for up to six guests), which once marked the southern end of the grand dukedom of Tuscany. The club’s kitchen can rustle up anything from a picnic to take to the rocky beach to a feast of ribollita bean stew, wild boar tortelli and panzanella peasant salad, washed down with Morellino, the spicy estate red.

Just south lies the Orbetello lagoon and the working farm of La Parrina (doubles from €95 B&B), a rambling estate that has survived intact. Stay in the moody stone manor or in a tied cottage and cycle the grounds, through olive groves, orchards and vineyards to monastic ruins and lagoon views. Or come for a leisurely lunch, wine-tasting or cookery course. Few leave the farm shop without falling for the organic honey, the Vin Santo dessert wine or the stinky but sweet caciotta cheese.

Seen from above, Orbetello looks like a marooned Venetian island. This former Spanish garrison-come-fishing village is set on an isthmus and best viewed from afar, from the monastery of Padri Passionisti atop Monte Argentario. Closer to, a cloud of candyfloss signals the flight of pink flamingos passing over an old watermill to new fishing grounds. Seafood-lovers should follow suit, heading to I Pescatori, a fishermen’s co-operative, for lunch of grilled sea bass, grey mullet roe and Ansonica white wine. Time to flop in the Feniglia or Giannella dunes – family-friendly, gently sloping sandspit beaches bordering the lagoon but backed by pine groves. Above Feniglia are the windswept remains of the Roman town of Cosa, which once controlled land and sea traffic to Rome. Now dominated by chirping crickets, the site is at one with the ruins of the Roman port below.

After Orbetello, the craggy peninsula of Monte Argentario feels, by turns, stylish, wildly romantic and cut adrift. The town of Porto Ercole has more summer swagger than Porto Santo Stefano and is topped by the finest fort on the coast, the Spanish six-pointed star of Forte Stella. Below this promontory swirl the curious rock pools of Acqua Dolce, my now not-so-secret beach. At Porto Ercole, head out to sea with Argentario Divers to explore the crystalline waters and wrecks that litter Giannutri’s marine park. Dive master Stefania Mensa says: “These are Italy’s finest waters, with multi-coloured rocks, secret caverns, sunken wrecks and water teeming with barracuda and lobsters.”

Back at Porto Ercole, refuel on superb seafood, with great views, at Gambero Rosso. The Maremma comes to an arty end in Capalbio, a medieval citadel and bastion of boar-hunting, now better-known for its celebrity bores. Right-on politicos enthuse over Niki de Saint Phalle’s fantastically sculpted Tarot Garden. More convincingly, they tuck into T-bone steaks and spit-roasted meats in La Porta. The Maremma wraps food, wine and scenery into a seamless experience. Ultimately, the lifestyle is the greatest lure, whether for princes or proles. 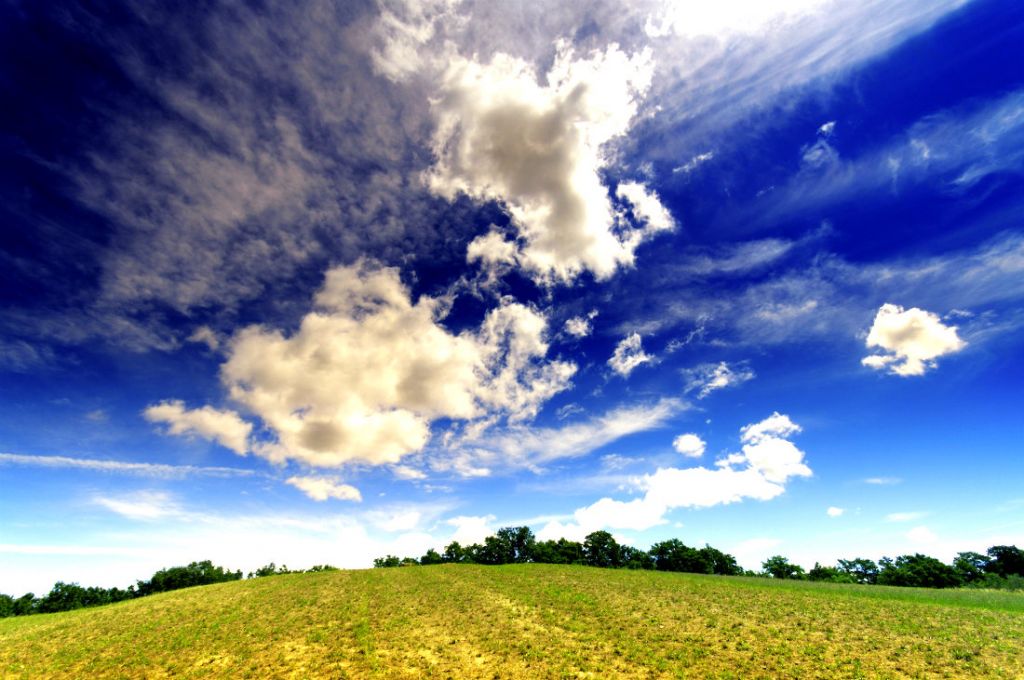