Italian Family Hospitality, in the spirit of art. 9 of the Constitution of the Italian Republic, wants to be a community of people who love Italian culture and lifestyle in all its aspects (language, art, music, gastronomy, fashion, nature, economy), favoring the meeting between people interested in learning Italian language , coming from abroad, and a family tourist reception network (families, farms, B & B). The project makes it possible to exploit the enormous potential of family-style tourist hospitality in Italy through the channel of linguistic stays.
Family hospitality is an alternative to other ways of living that highlights families and their ability to open up to the richness of different cultures and human relationships, a source not only of knowledge, but also of sincere friendships. In an international context that often sees the relationships between peoples and people marked by fears, conflicts, tensions, scams and deception, walls and divisions, we want to invest on TRUST: trust in the guests, in their sensitivity, in their desire to know , trust in the hosts who will provide the best they can offer to make the stay as interesting and enjoyable as possible in a climate of sharing and hospitality. Investing in trust, to become a seed to create relationships of healthy friendship and peaceful coexistence that respects diversity.

This project is the result of two years of work (by a voluntary team) in which the contents have been gradually identified and defined after a careful analysis of the international context in relation to the interest in the Italian language , surveys have been launched in various foreign countries, an analysis and comparison with possible similar initiatives have been carried out, tour operators distributed throughout Italy have been involved, the operating methods have been established.
In the meantime, a network of “friends” of Italian family hospitality has been set up, to which members of numerous foreign countries and various host organizations have joined, to whom we have asked to sign the Quality Card of Reception elaborated ad hoc. We now need to establish synergies, collaborations, partnerships in order to move from the planning phase to the operational phase, for which we have already activated.

Art. 9 – Constitution of the Italian Republic.

The Republic promotes the development of culture and scientific and technical research. Protects the landscape and the historical and artistic heritage of the nation.

According to the definition of the WTO (“World Tourism Organization”), ONU agency, “cultural tourism represents all those movements of people motivated by cultural purposes such as study holidays, participation in live shows, festivals, cultural events , visits to archaeological sites and monuments, pilgrimages. Cultural tourism also involves the pleasure of immersing oneself in the local lifestyle and in all that constitutes its identity and character “.
Italy offers an extraordinary wealth of beauties in big cities like in small villages, in the countryside as in the seaside and mountain resorts. Just think of the beauties of the landscape, everywhere strewn with traces that testify and tell two millennia of our history rich in plural identities, given by origins, populations, different languages, in every small or large village from North to South.
The traces of this beauty are found beyond the many rich museums on the national territory, they are scattered throughout the national territory in a context of “widespread museum”. The beauty of the places is added to the language, the cuisine, the way of life. When creativity and beauty intersect with tradition and innovation, situations of excellence are produced.

Italy is the country that holds the highest number of UNESCO World Heritage Sites in the world with 53 assets on the list in 2017, to which are added 8 realities of traditional culture and folklore recognized UNESCO Intangible Cultural Heritage and 20 Literary Parks.
Italy also has an extensive network of Protected Areas (871 protected areas are registered in the official list), to protect the landscape, biodiversity, fauna and flora, crops and local production, consisting of 25 National Parks, to which must be added regional, interregional, municipal and local parks (environmental, naturalistic and territorial associations), nature reserves, wetlands of international interest, with a protected area of ​​over 10% of the national territory. The framework of the naturalistic heritage is completed with 27 AMP (Marine Protected Areas), 2 submerged parks and an International Sanctuary for the Protection of Cetaceans.

Italy is the country with the highest number of European Union awards for agri-food specialties: Italian food products with denomination of origin and geographical indication are 291, of which 166 PDO (Protected Designation of Origin), and 125 PGI (Protected Geographical Indication), to which are added 2 STG (Guaranteed Traditional Specialty). In the Atlas of typical products published in 2000, 475 typical and traditional products were registered. 12% of the agricultural land is cultivated according to the dictates of organic farming.

The Italian language in the world

Why do so many people study Italian today? Despite the political and economic importance of other languages, the number of people who study Italian is constantly growing even in countries that have not known Italian immigration. The most common motivation is cultural enrichment, followed by needs for study, work, tourism or for emotional reasons. Italian is a language of culture, it is the language of Dante, of the bel canto, of the lyric. It is the language of great artists, painters, poets, writers, philosophers. It is also the language of the Pope, being the official language, along with Latin, of the Vatican City. The Italian language is a musical language, open, varied and redundant, so it is easier to understand in Italian than in other languages ​​and it is even more pleasant.
But Italian is also the language that accompanies Made-in-Italy: it is the language of fashion, cuisine and cars. All this is synonymous with quality, style and know how to live. Italian is also Dolce Vita. Italian is an important part of that Italy full of art treasures, landscapes, magic. And Italians are a creative, friendly, warm people. Speaking Italian is a resource for growing from a human, cultural and professional point of view. Italian industry remains one of the most important in the world.

The principles of hospitality

In line with the World Code of Ethics of Tourism (World Tourism Organization – OMT), and with the reference ethical papers of the Italian Association for Responsible Tourism (AITR), the principles that inspire us are:
• promote tourism that contributes to the defense and enhancement of the cultural, historical, linguistic and environmental heritage of its territory;
• promote tourism as an instrument of mutual respect among peoples, respecting and recognizing the value of different social and cultural traditions and practices;
• to promote tourism as a factor of lasting development, contributing to the protection of the environment and natural resources (which equates in a fair way the needs and aspirations of present and future generations);
• promote, as far as possible, the use of local products (food, craft or industrial), in applying the principles of the short chain, establishing a cooperative relationship between the various subjects;
• adopt a commercial ethics by protecting and respecting the client and practicing a fair pricing policy;
• adopt an ethic of welcoming all types of public (with particular attention to groups, families with children, the elderly and visitors with disabilities), favoring access to places of tourist interest and its accommodation facilities. 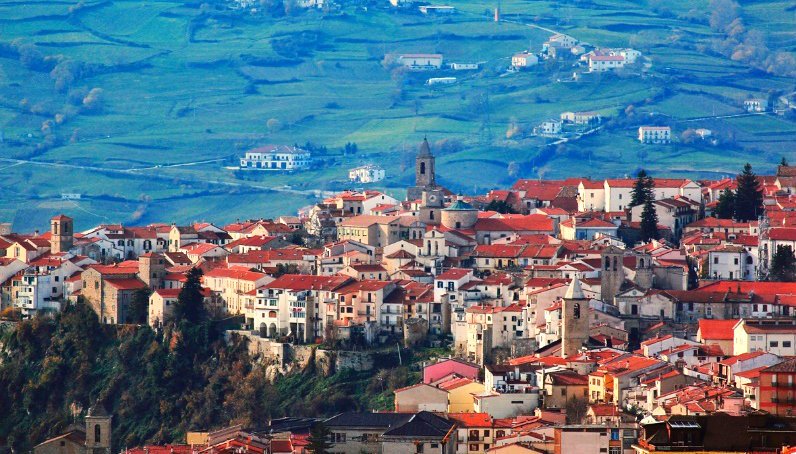 Language - Cultural Stay in Agnone (Molise)   Practice Italian in the small medieval village of Agnone in Alto-Molise, in the Province of Isernia, between Abruzzo and Puglia (210 km south-east of Rome and 150 km north-east of Naples), live in a... 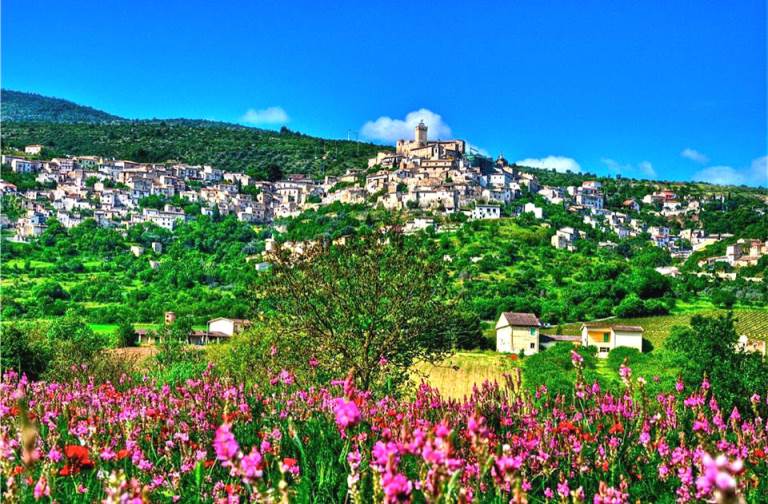 Language – Cultural Stay in in Abruzzo I learn Italian...Staying in Abruzzo!   If you want to learn Italian not at school but in a family, this is the opportunity for you. You will learn the basic rules, the phrases that will be more useful to you...